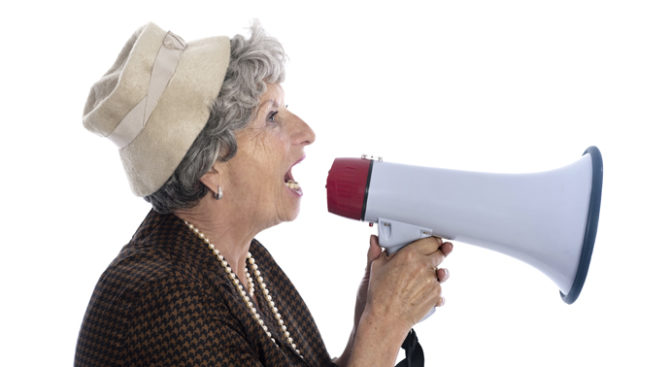 Can a California will sever a joint tenancy such that the decedent’s interest in real property passes per will’s terms instead of vesting in the surviving joint tenant(s)? Additionally, when a general partnership dissolves after the death of a partner’s spouse, does the deceased spouse’s estate have a community property interest in the distributed partnership assets?
The California Court of Appeal addressed these questions in Pearce v. Briggs (2021) 68 Cal.App.5th 466, a case arising from a blended family’s battle over Bakersfield real estate. The opinion casts doubt on when, if ever, a will may sever a joint tenancy. The opinion also shows how beneficiaries of a deceased spouse may have difficulty enforcing a community property interest in a general partnership operated by the surviving spouse.
Ruth and Jack Briggs married in 1949. At the time of their marriage, Ruth had two children (the Pearce Children), and Ruth and Jack subsequently adopted three children (the Briggs Children). During their marriage, Ruth and Jack bought a parcel of land (the Gibson Property) and held title as joint tenants.
Ruth executed a will in 1983 that directed her estate to be distributed equally among all five of her children. The will included a provision that all property owned by Jack and Ruth, including property held in joint tenancy, was intended to be their community property, and that Ruth’s community property share was to be distributed according to the provisions in her will.
After Ruth’s death in 1988, Jack refused to probate Ruth’s will and instead recorded an affidavit of death of joint tenant for the Gibson Property. He initially executed a will that provided for an equal distribution of his estate among the five children, but in 1993 he executed a trust document that named the Briggs Children solely as the beneficiaries.
After Jack’s death, the Pearce Children and the Briggs Children filed competing petitions with each party claiming ownership in the Gibson Property. The Pearce children, on behalf of Ruth’s estate, claimed a 50% ownership in the property while the Briggs Children claimed sole ownership. The Pearce Children argued that Ruth’s will severed the joint tenancy on the Gibson Property, leaving Ruth and Jack as tenants in common.
The Kern County Superior Court held that Ruth’s will did not sever the joint tenancy in the Gibson Property such that her estate held no interest in it.
The Fifth District Court of Appeal affirmed. The court left uncertainty as to when, if ever, a will as a revocable instrument can sever a joint tenancy, observing that a “will that unilaterally purports to sever a joint tenancy encompasses the potential for fraud and duplicity.” While California Civil Code Section 683.2(a)(2) allows a joint tenant to unilaterally sever a joint tenancy by executing a written instrument that effectuates such intent, Ruth’s will “did not reflect an unequivocal intent to irrevocably sever the joint tenancy in the Gibson Property upon its execution, and, in turn, did not effectuate an immediate severance.”
The court also noted that, effective January 1, 1986, the Legislature amended section 683.2, by adding new subdivision (c), to require the recordation of an instrument severing a joint tenancy.
Thus, if a will executed since 1986 has any potential to sever joint tenancy, the severance language must be clear and unequivocal, and the will must be recorded.
During their marriage Jack also owned a 50% partnership interest in Briggs Oil Co., which purchased a parcel of land adjacent to the Gibson Property (the Rosedale Property). Briggs Oil was dissolved after Ruth’s death and Jack received a 50% ownership interest in the Rosedale Property, which he later transferred to his 1993 trust.
The Pearce Children claimed a 50% ownership in the Rosedale Property as Ruth’s community property interest, but the Court of Appeal held that Ruth’s estate did not have an interest in the property.
Ruth had a community property interest in Jack’s Briggs Oil partnership interest while she was alive, but not in the partnership’s assets. Her community property interest was an interest in personal property.
When the partnership dissolved after Ruth’s death, Jack’s interest in the partnership converted to an interest in real property. However, Ruth’s estate did not automatically acquire a community property interest in the real property.
The court further stated there is a three-year statute of limitation for a claim of conversion. Since the Pearce Children filed their petition 21 years after dissolution of the partnership, they were too late to make a claim of conversion and thus could not recover any interest in the Rosedale Property.
The lesson learned from Pearce v. Briggs is that there must be unequivocal intent and clear and convincing evidence to support a claim for severance of a joint tenancy. While the opinion is not crystal clear, a will likely is not a suitable written instrument to affect a unilateral severance because it is revocable up until the moment of death. In any event, if the instrument was signed in or after 1986, it must be recorded as specified in the Civil Code.
The other lesson is that an estate will need to file a conversion claim for assets distributed out of a partnership to the surviving spouse after the decedent’s death. Failure to timely assert such a community property claim will bar the estate from obtaining a share of the value of the partnership interest.
[View source.]
See more »
DISCLAIMER: Because of the generality of this update, the information provided herein may not be applicable in all situations and should not be acted upon without specific legal advice based on particular situations.
© Downey Brand LLP var today = new Date(); var yyyy = today.getFullYear();document.write(yyyy + ” “); | Attorney Advertising
Refine your interests »
This website uses cookies to improve user experience, track anonymous site usage, store authorization tokens and permit sharing on social media networks. By continuing to browse this website you accept the use of cookies. Click here to read more about how we use cookies.
Back to Top
Explore 2021 Readers’ Choice Awards
Copyright © var today = new Date(); var yyyy = today.getFullYear();document.write(yyyy + ” “); JD Supra, LLC